BOSTON, MASS. – As the Eastern Hockey League approaches the midway point of its season, the league is pleased to announce its list of midseason all-stars.

Twenty-three players were recognized on the first and second teams, as decided by a panel of EHL coaches and Mark Kumpel, EHL Director of Hockey Operations. “Our final all-star teams will be voted on and announced at the end of the year, but this is a recognition of the players and their performance so far,” said Kumpel. “Our own coaches nominated their players and I spoke with plenty of NCAA coaches about these players while compiling this list.”

These players and many other college-bound prospects can be seen Dec. 20-22 as the Eastern Hockey League and the Hartford Jr. Wolfpack will host the EHL Christmas Showcase at the International Skating Center in Simbury, Conn. 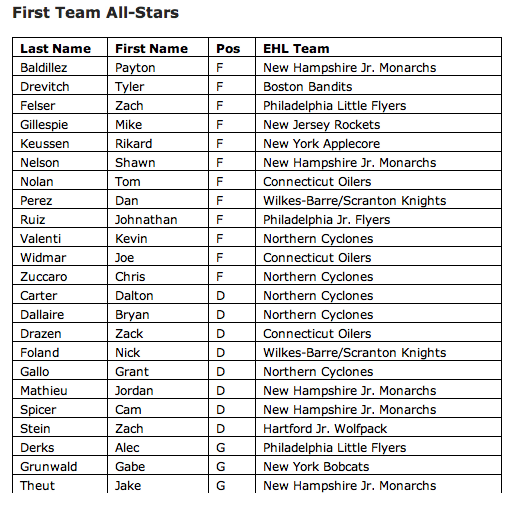 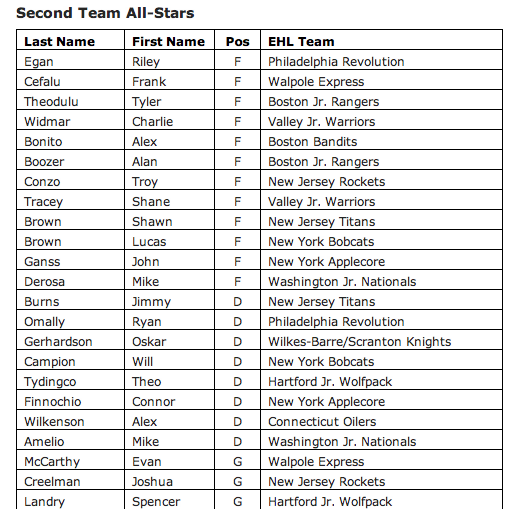